A love of learning new things and sharing them with others comes together to create this on-going series of illustrated infographics. 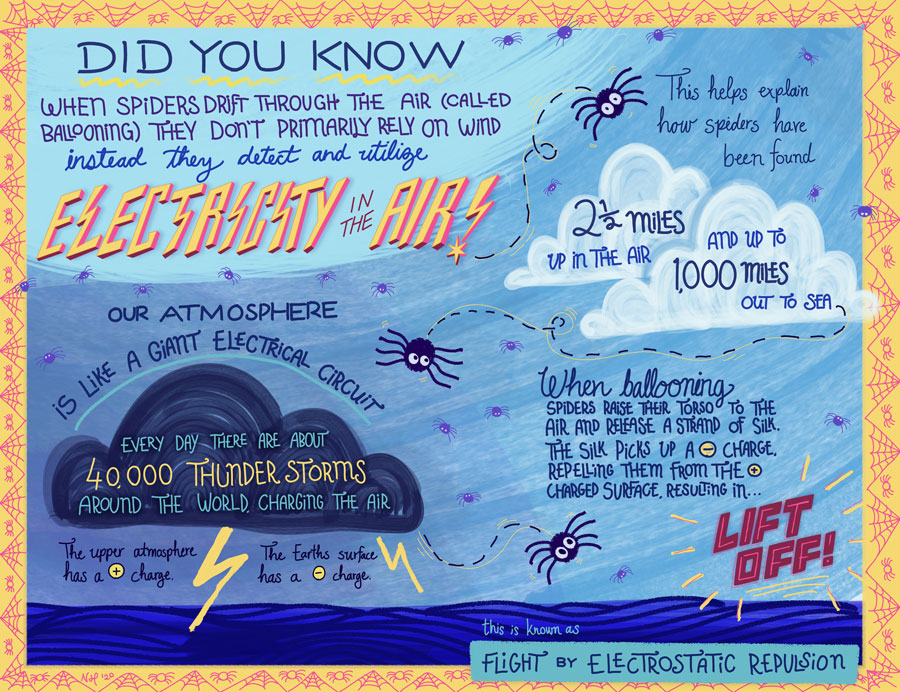 Did you know when spiders drift through the air (called ballooning) they don’t primarily rely on wind, instead they detect and utilize electricity in the air! This helps explain how spiders have been found 2.5 miles up in the air and up to 1,000 miles out to sea.
‍
Our atmosphere is like a giant electrical circuit. Everyday there are about 40,000 thunderstorms around the world, charging the air. The upper atmosphere has a positive charge. The Earth’s surface has a negative charge.

When ballooning spiders raise their torso to the air and release a strand of silk. The silk picks up a negative charge, repelling them from the positively charged surface, resulting in lift off! This is known as flight by electrostatic repulsion. 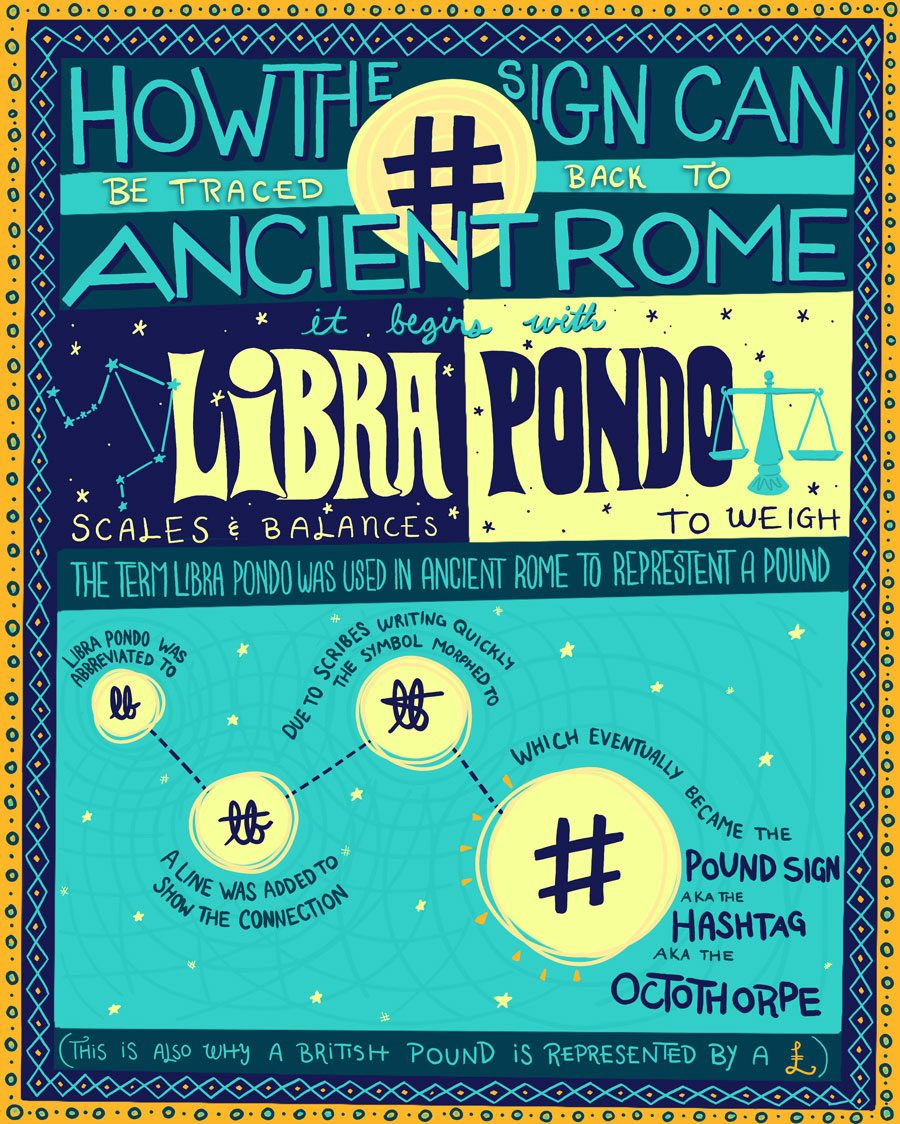 How the # sign can be traced back to Ancient Rome:
It begins with Libra Pondo (Libra meaning “scales and balances” and Pondo meaning “to weigh”). The term Libra Pondo was used in Ancient Rome to represent a pound. Libra Pondo was abbreviated to lb…a line was added to show the connection…due to scribes writing quickly the symbol morphed to [loopy cursive shape]…which eventually became the pound sign, aka the hashtag, aka the Octothorpe. (This is also why a British pound is represented by a £)

To learn more listen to the podcast 99% Invisible's "Octothorpe" episode